Household Behaviour and the Dynamics of Inequality

A father loses his job. A mother’s employer decides to cut her working hours. How do families cope with such unexpected and dramatic changes in earning? There are different mechanisms to address such change. A household member who does not have a job may enter the labor market – full time or part time. Childcare arrangements may be altered in order to cut expenses. Savings might be used to make ends meet. Understanding these responses in their fine detail is the key prerequisite for the design of social policy. Sir Richard Blundell will discuss the ways in which people decide on different options, which criteria weigh in on decisions, how individual wages relate to household income, and which role savings have for these decisions.

Sir Richard Blundell is Professor of Political Economy at University College London and one of the world‘s most influential economists. He has done groundbreaking work in a number of applied fields, ranging from consumer behavior to labour markets and public economics. In 2014 he was cited in more academic papers than any other economist. In 2015 Thomson Reuters included him in their list of Citation Laureates. He has won numerous prestigious prizes and held important offices such as the Presidency of the Econometric Society.

The Lecture is part of the WZB Distinguished Lectures in Social Sciences. 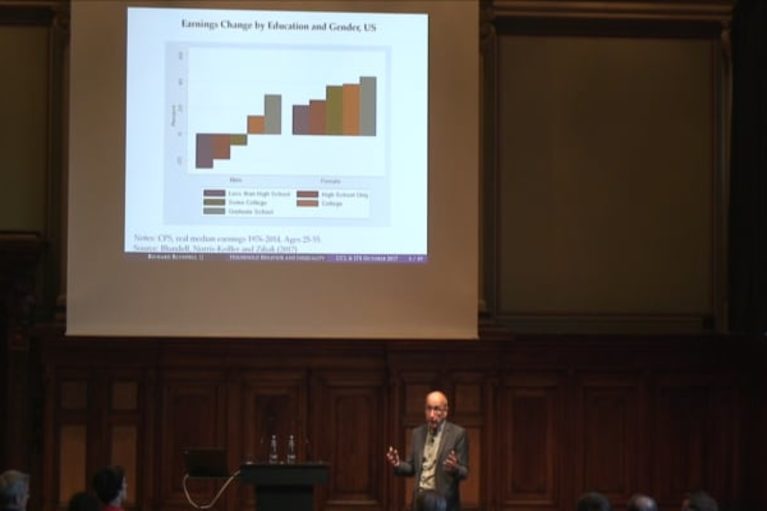 Video of the lecture

The WZB provides child care during the lecture. Please respond by September 28, 2017 to Friederike Theilen-Kosch: friederike.theilen-kosch [at] wzb.eu.