The US Presidential Election and the Future of Democracy

An online discussion hosted by the Thomas Mann House, in cooperation with the American Academy in Berlin and the WZB Berlin Social Science Center

The US presidential election on November 3 has placed the future of American democracy under scrutiny. The polarization of political parties, the radicalization of the far Left and Right, and attacks on the separation of powers have all increased under Donald Trump’s presidency. Gaps have emerged in the American democratic system and in the checks and balances mandated by the US Constitution. Given this situation, what does the outcome of the election mean for democracy in the United States and how will the results affect Europe and Germany? What conclusions may be drawn for the future of democracy more generally?

This panel discussion will feature Susan Neiman (Director, Einstein Forum in Potsdam) as well as the Thomas Mann Fellows Rainer Forst (Professor of Political Theory and Philosophy, Goethe University Frankfurt), Christoph Möllers (Professor of Public Law and Philosophy of Law, Humboldt University of Berlin) and Michael Zürn (Director of the Department of Global Governance, WZB), the three of whom, were it not for the ongoing pandemic, would currently reside in Los Angeles to work on their joint project “The Legitimacy of Public Power: The Connection between Morality, Law and Politics”.

The panel will be moderated by Daniel Benjamin (President, American Academy in Berlin). 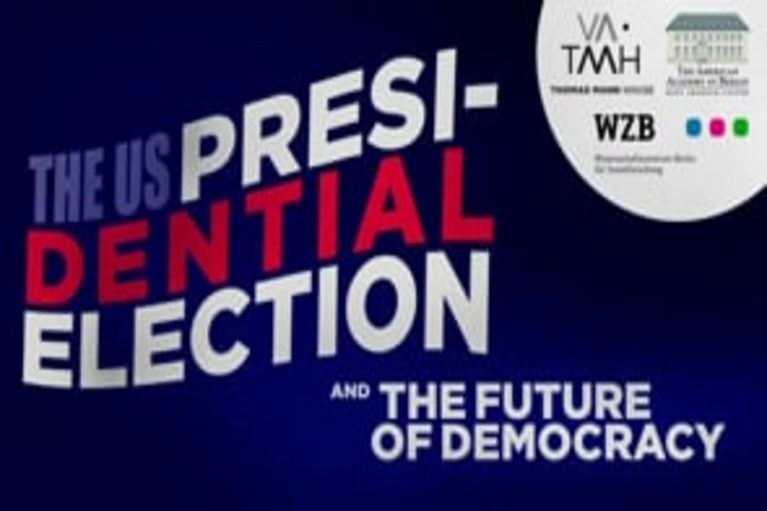 Recording of the live stream