Lecture by Will Davies

Contemporary populism is often viewed as a rebellion against globalisation, and hence neoliberalism. At the same time, populists are accused by orthodox policy-makers of lacking economic credibility or rationality, and offering emotional, ‚post-truth‘ politics. By this account, populism is a wholly irrational and impulsive phenomenon, that attacks economic rationality. This lecture will seek to present things differently, by considering ways in which contemporary populism perpetuates certain aspects of capitalist and neoliberal reason. In particular, it will argue that a logic of resentment is integral to the ethos of competitiveness that is at the heart of neoliberal philosophy, while capitalist competition has long involved processes of ‚sabotage‘ as identified by Thorstein Veblen. Meanwhile, conservative populism targets those with a monopoly on representation (journalists, scholars, established political parties) rather than those with a monopoly on production, suggesting a further radicalisation of neoliberal logic.

Will Davies, Goldsmiths, University of London, is a political economist with particular interests in neoliberalism, history of economics and economic sociology. He is Co-Director of the Political Economy Research Centre, which explores critical, cultural and political perspectives on economic life, and Convener of the BA in Politics Philosophy & Economics.

This event is part of the WZB lecture series "Great Crisis of Capitalism - A Second Great Transformation?" 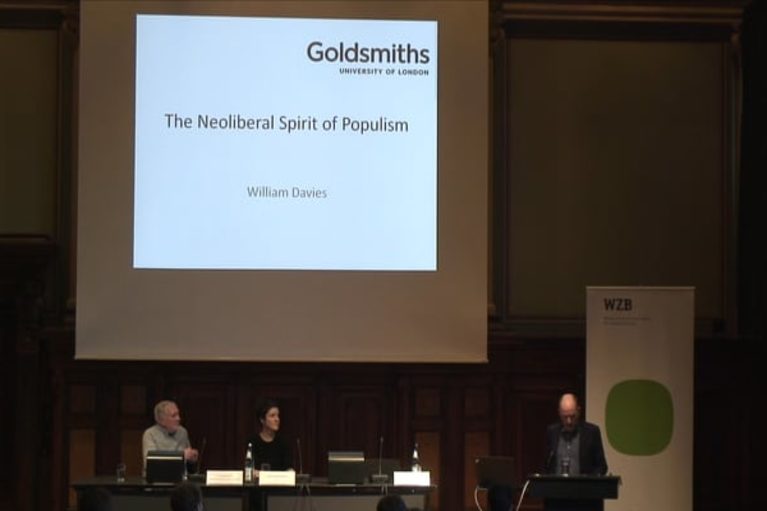 WZB offers child care during the event. If you are interested please send an e-mail to veranstaltungen [at] wzb.eu
until January 26, 2018.